The Bajan star brought her latest outing over to the UK last night.

The 'We Found Love' singer was in good spirits before taking to the stage as she announced her arrival on Twitter.

Support act David Guetta was also full of praise for the singer and thanked her for inviting him on the tour. 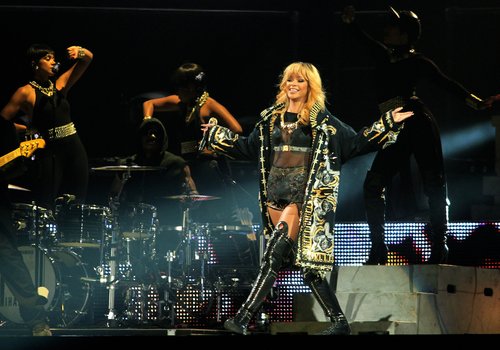 He added: "Big thank you to rihanna for having me for the stadium tour.incredible fun!"

The jaunt will continue with two nights in Manchester from 12th June and also head to the likes of London's Twickenham Stadium and Sunderland's Stadium Of Light.

Rihanna will also be headlining the T In The Park Festival next month.