The 'You Da One' singer will offer fans an insight into life on the road on her 2012 outing.

Rihanna is set to appear in a new TV special, which will hit US TV screens this spring.

The 'We Found Love' star will allow fans to witness behind the scenes footage from her short '777' world tour as well as some on stage performances from the cities she visited.

The show will air on the Fox network on 6th May and sees the star jetting around the world, performing in seven countries over seven days.

The tour saw the star bring journalists on a private jet as they also traveled along with her on the outing – with some publicising their anger at never seeing the Bajan star during downtime.

The documentary film "provides an inside look at the singer's ambitious and often turbulent tour, from the sound of popping champagne corks on the plane to the backstage chaos to the singer's special worldwide appearances," Fox said in a statement. 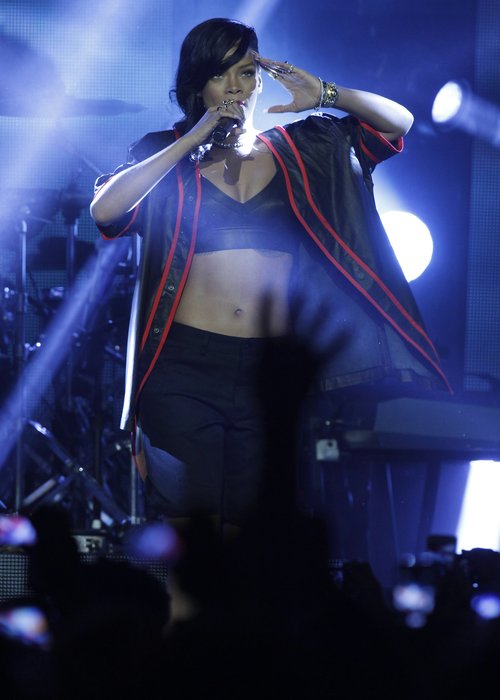 Meanwhile, the singer is currently back on the road for her 'Diamonds' world tour but was forced to cancel two dates after falling ill with laryngitis.