The 'We Found Love' singer is back with a second series of her fashion reality show.

Rihanna has posted a teaser trailer for the upcoming new series of her fashion reality show Styled To Rock.

The show returns in November for a second season, with Pharrell Williams also on board as a mentor.

"If it doesn't rock, don't even bring it," the Bajan star says to camera in the clip.

This week has also seen the singer out and about in items from her upcoming River Island collection.

See a picture of Rihanna out and about in New York this week below: (Picture: Splash) 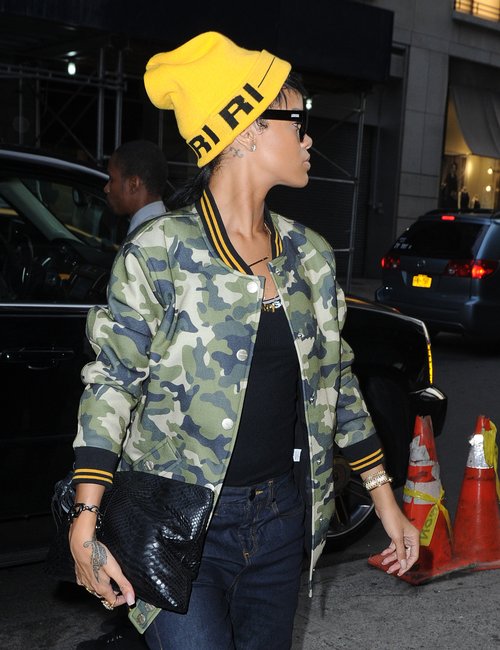 She was out in New York yesterday (22nd August) rocking a RiRi emblemmed beanie hat and camo jacket.

Check out the trailer to Rihanna's new Styled To Rock series below: