The 'We Found Love' singer was seen following her late night partying on the shoot in Barbados.

Rihanna was pictured posing for her first photoshoot with her newly unveiled short curly hair over the weekend.

The 'We Found Love' singer showed no signs of fatigue despite partying with friends into the early hours the night before as thy celebrated the Barbados Carnival.

The new photoshoot saw the Bajan star dressed all in white with the ocean as her backdrop.

Her long-sleeved cropped top and knee-length skirt were also teamed with a collection of pearls – put in place of a belt.

Check out a picture from Rihanna's new photoshoot below: (Picture: Splash) 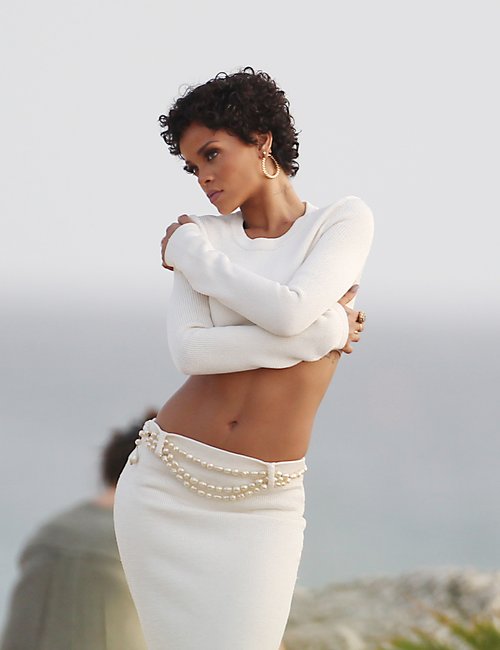 Meanwhile, the singer's return to the studio has been teased after Nicky Romero confirmed he's been working on new music for the star.

Rihanna is currently on a month-break from her 'Diamonds' world tour.