The 'We Found Love' star promises the men's bottle image is on its way.

Rihanna has offered fans the first look at her Rogue fragrance after posting a picture of the bottle on her Instagram feed.

The 'You Da One' star posted the shot on her social networking account last night (17th July) and promised the men's campaign is on its way.

Alongside the snap, she wrote: "#ROGUE #byRihanna campaign image!! For the ladies! Men's coming soon..."

The shot featues the Bajan star curled upwith her back against the door frame and her feet on a giant version of the bottle.

Check out the image below: 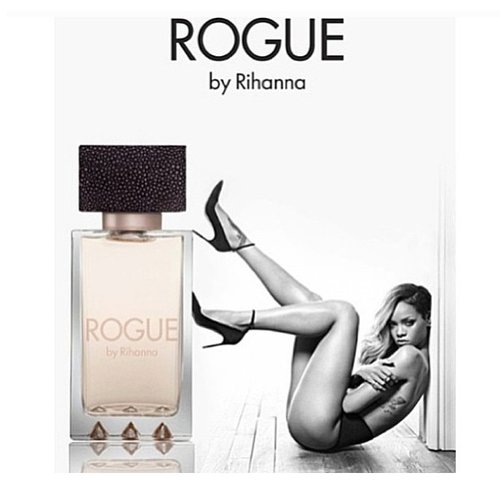 Meanwhile, the singer was greeted with crisps thrown from the crowd during her show in Manchester this week.

She's also debuted a new grey hairstyle last night as she opts for a dramatic change of look.