The 'We Found Love' singer is said to have caught up with the rapper during her trip to the Big Apple this week.

Rihanna and Kanye West were apparently spotted enjoying a secret meeting together in New York this week.

The pair were both spotted at the Mercer Hotel in Manhattan on Wednesday (28th August), but it's unsure if they were discussing any future musical plans.

The 'Talk That Talk' star has yet to tease any details of a follow-up album to her 2012 record 'Unapologetic' having previously released seven albums in seven years.

Kanye, who recently became a father for the first time, also released his new album 'Yeezus' back in June.

The artists most recently teamed-up on the Jay-Z track 'Run This Town' – which featured on his album 'The Blueprint 3'.

Check out a picture of Rihanna out and about in New York this week sporting a sophisticated look complete with pink blazer and jeans below: (Picture: Splash) 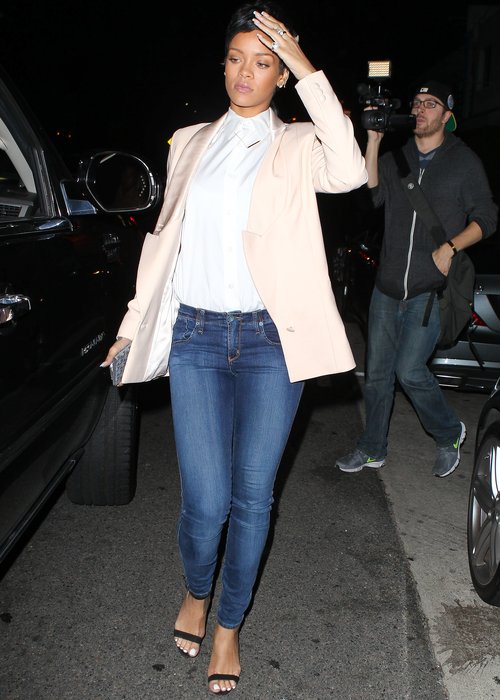 Meanwhile, rapper A$AP Rocky spoke this week about rumours he was filming a video with the Bajan star.

The pair were spotted looking cosy together earlier this month, but the 'Problems' star admitted the pair are not romantically involved and simply hanging out.