The 'We Found Love' singer looks to make amends for an incident in Illinois three months ago.

Rihanna has sent a qheque worth $5000 to a high school in Illinois following a late planned appearance from the star three months ago.

The Bajan star came under fire after she performed a short set at Barrington High School following being stuck in traffic for so long.

The money will pay for any expenses incurred for the short visit after the students won a competition to have her come visit.

"We're certainly gratified to receive a contribution from her," spokesman Jeff Arnett told the Daily Herald. "Even though this $5,000 gift has been long in coming, her management communicated with us immediately after the event and said she wanted to do something for the students.

Check out a picture of Rihanna arriving in Nice airport sporting a Bob Marley towel this week below: (Picture: Goff) 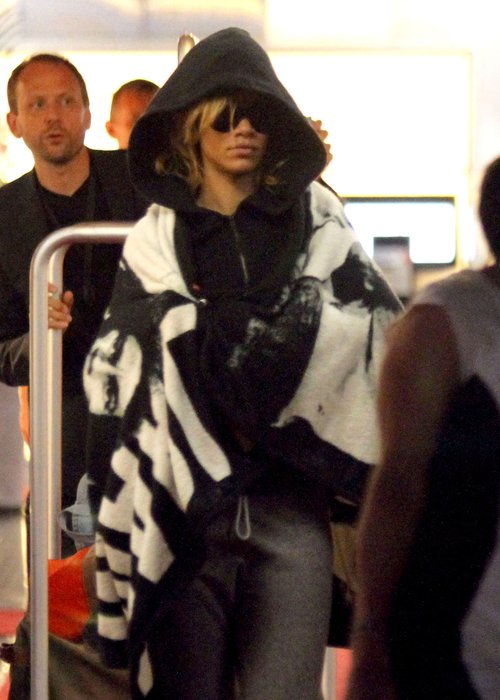 "It didn't take any coaxing or pleading by the district. It was something they offered to do, and it took a while to work through the book keeping process."

The star kept students waiting for four hours – which was on the first day of Spring Break in the US.

She was late in coming that day and a lot of people waited anxiously for her appearance, and even though this money is late in coming, it's still appreciated," Arnett added.

Rihanna has also faced new criticism this week after appearing three hours late to a gig in Monaco.