RiRi’s rumoured love popped up during the Manchester date of her tour – so what’s really going on between these two?!

The rumours of Rihanna and Drake dating seem to have been around forever – but this pair are doing nothing to stop them… and Drake even popped up as a special guest at the Manchester show on Rihanna’s tour last night!

Eagle-eyed fans managed to catch a video of Drake and Popcaan watching RiRi perform from a private box as she took to the stage for the latest part of her Anti World Tour, before the ‘One Dance’ star joined her on stage.

So @Rihanna was joined by @Drake on stage for her #ANTIWorldTour in Manchester. WHY WASN'T I THERE?!https://t.co/zjiGlHlRsy

The fans went crazy to find out that Drake was a special guest at the show:

I am so jealous of the people who saw drake and Rihanna last night, like it hurts am that jealous

@rihanna was amazing in Manchester last night!! Even better that @Drake made a cheeky appearance pic.twitter.com/J102IhyJBA

Still in shock I saw Rihanna and Drake live on the same stage like stop, wtf

The couple then got the gossips talking by partying together until 4.30am in London, having come back down to the capital after her show. 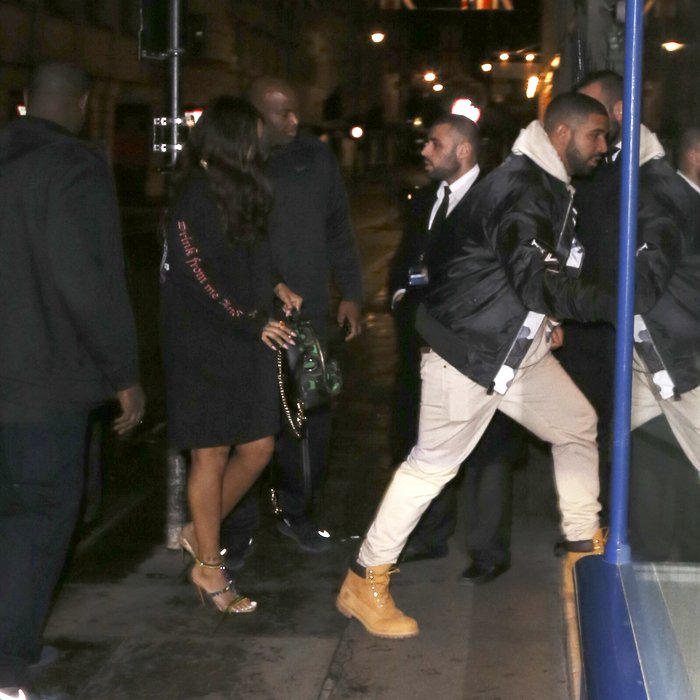 Are they, aren’t they?! One thing’s for certain… these two LOVE to keep us guessing!