The 'Stay' singer performed the first show of her 71 date outing in Buffalo, New York.

Rihanna said she will "never forget" the feeling of being on stage as she kicked off the first night of her 'Diamonds' world tout last night (8th March).

The 'We Found Love' star performed a sold-out show in Buffalo, New York and took to her Twitter account to praise her fans after the gig.

"#BUFFALO I will never forget how you made me feel tonight!!! Thank you from the bottom of my heart!! #1Love always," she tweeted after coming off stage.

"#DiamondsWorldTour we just getting started!!!"

The 'Talk That Talk' star's 27 song strong set which included opener and 'Unapologetic' track 'Phresh Off The Runway' as well as classics such as 'Umbrella' and 'Rude Boy'.

The singer will now perform in Boston's TD Garden on Sunday night (10th March) on a 71 date outing. 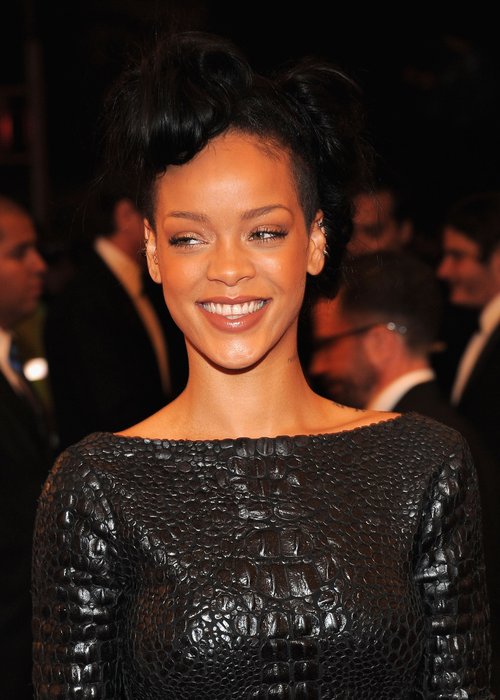 The tour heads to the UK this summer – seeing the Bajan star perform a series of stadium gigs.

Rihanna will also be headlining this year's T In The Park Festival alongside fellow stars The Killers and Mumford & Sons.