The 'We Found Love' star heads back on the road after her recent battle with laryngitis.

Rihanna has returned to the road as she resumed her 'Diamonds' world tour in Philadelphia last night (14th March).

The 'Talk That Talk' star had cancelled two shows following her opening night performance after falling ill with laryngitis.

Taking to her social networking account before the gig, she tweeted: "One of my favorite cities in America #PHILLYnation #DiamondsWorldTour WE BACK!!!!"

A source for the star has also told Hollywood Life that the singer is keen on making up the cancelations to fans and will be giving her all on the remaining dates.

"She feels awful she had to cancel two f****** shows but it wasn't nothing she could do about that," the insider declared. "She hopes her fans give her another chance and you know she's going to give the crowd in Boston and Baltimore a little extra!"

Check out a picture of Rihanna on the opening night of her tour below: (Picture: Splash) 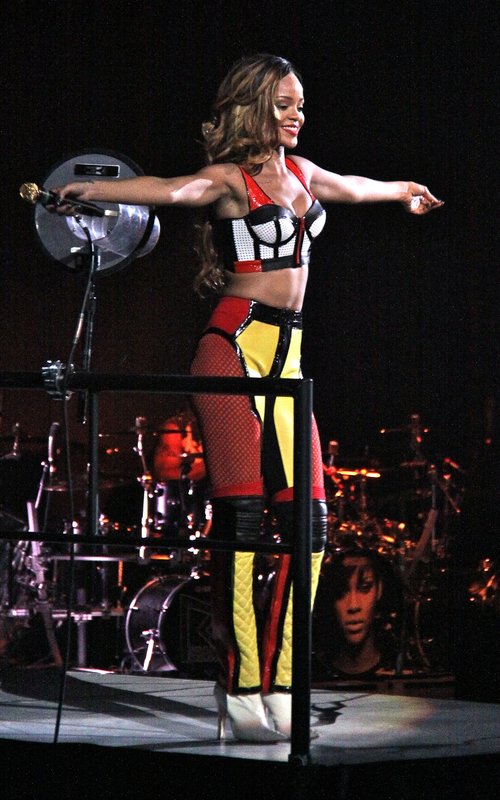 Meanwhile, the singer has been speaking openly about her private life in a series of recent magazine interviews.

The Bajan star called Chris Brown "the one" and spoke about wanting to start a family in the next five years.

Rihanna will bring her 'Diamonds' world tour to the UK this summer and is also set to headline the T In The Park Festival 2013.

Does Rihanna Have Kids? Why The Internet Is Confused Over Majesty Photos