The 'You Da One' star is still suffering with laryngitis after postponing first gig this past weekend.

The 'We Found Love' singer was due to take to the stage in Baltimore, but is still suffering from a bout of laryngitis.

The Bajan star cancelled her first show in Boston over the weekend admitting she felt "embarrassed" at having to postpone the gig.

The tour only kicked off on 8th March with a show in Buffalo before the star fell ill.

Check out a picture of Rihanna on stage during her 'Diamonds' world tour below: (Picture: Splash) 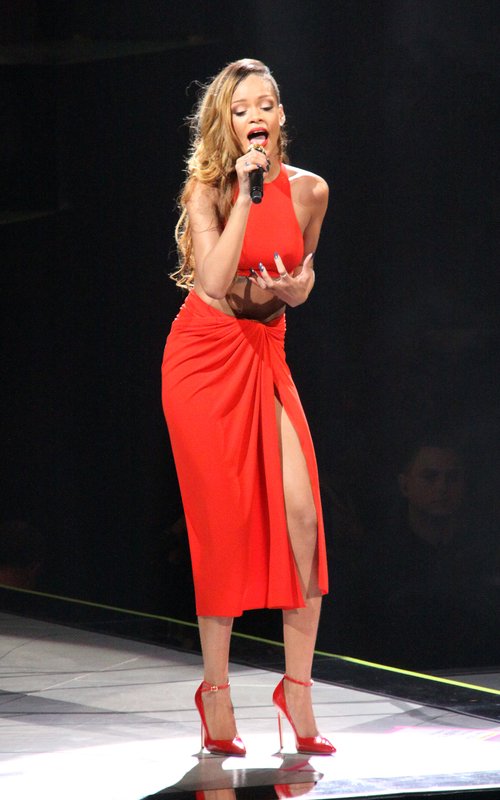 Rihanna will bring the jaunt over to the UK this summer for a series of stadium dates.

The 'Talk That Talk' singer will also be headlining this year's T In The Park Festival alongside the likes of Mumford & Sons and The Killers.