The up and coming Los Angeles group will join the 'We Found Love' star at some of her UK dates this summer.

Rihanna has announced that Haim and GTA will support her on her upcoming UK tour.

David Guetta has already been confirmed as one of the artists joining Rihanna on the British leg of her 'Diamonds' world tour.

Both GTA and Haim, who are currently preparing for the release of their debut album, will join Rihanna at different dates on the tour.

RiRi is known to be a fan of 'Forever' group and tweeted her fans about them earlier this year.

The 'Diamonds' star released her new album 'Unapologetic' last year and the record topped the charts on both sides of the Atlantic, giving RiRi her first ever US number one album. 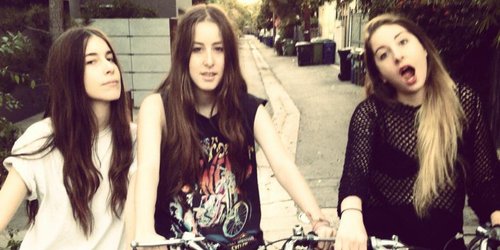 Tickets for Rihanna's UK tour are on sale now.