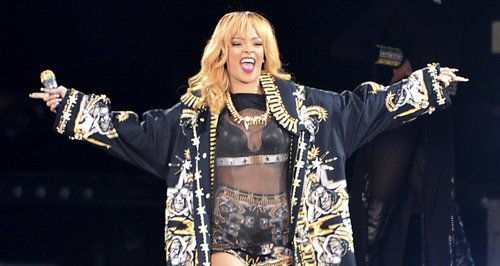 The 'We Found Love' star's gig in the capital was watched by her family and she was in great spirits after the gig.

The 'You Da One' star immediately took to Twitter following the show to reveal just how much the gig meant to her.

"Ya just HAD to be there!! #London you are forever mine !" she wrote as she posted a picture of the stadium light up with camera phones.

"#TWICKENHAMSTADIUM The love in this phucking place tonight!! So glad my family was here to witness this!!! S*** like this makes me proud to be Bajan!!! #foreign #stadiumkilla #soldthePHUCKowt" 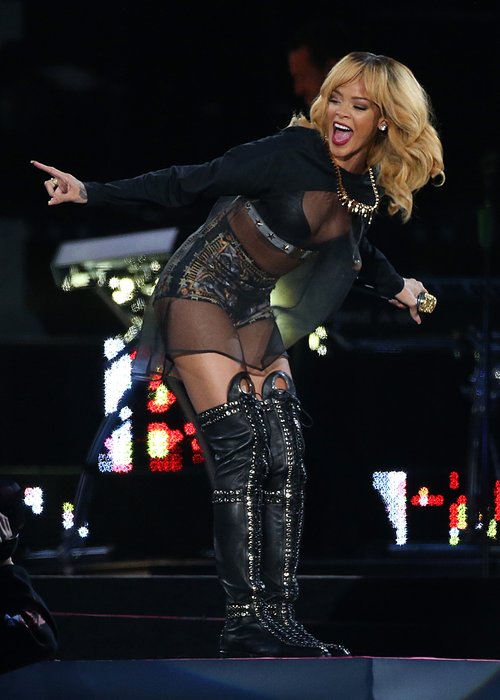 The UK leg of the tour kicked off in Cardiff last week and will now see her perform a further night in Twickenham today (16th June) before heading to Birmingham and Sheffield and then going over to Ireland.

Rihanna will also headline the T In The Park festival in Scotland, which takes place across the weekend of 12th-14th July.