The 'We Found Love' singer and the R&B star could be set to tie the knot following their recent reconciliation it's been reported.

Rihanna and Chris Brown are apparently set to marry this summer, according to online reports.

The 'You Da One' star and her former boyfriend have been seen getting cosy in recent months following their reconciliation, and Perez Hilton claims the two are now ready to walk down the isle.

Talking about the proposed ceremony, an insider told the website, "[It's] all about swagger, bling and sin.

"They want tattoo artists, fire breathers and a near-naked waitstaff," the source added.

The fresh reports come during a week where Chris revealed how he "deeply regrets" the actions which led to the pair's break-up in 2009 and how she has now forgiven him.

The 'Don't Wake Me Up' singer also claimed how the female star still "loves" him and the two are in a happy place. 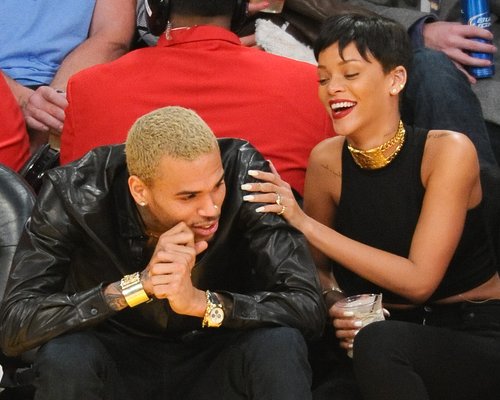 Rumours of a wedding began circulating when the 'Talk That Talk' singer was apparently spotted sporting an engagement ring to the Grammy Awards 2013.

The two spent the evening together at the event and most recently have been away in Hawaii on a romantic break for the Bajan star's 25th birthday.

Rihanna also spoke openly during an interview with Rolling Stone this year, in which she said any mistake of getting back together was "her mistake" to make.

Does Rihanna Have Kids? Why The Internet Is Confused Over Majesty Photos