The 'We Found Love' singer was spotted spending time with the R&B star as reports on their relationship continue to grow.

Rihanna and Chris Brown looked visibly tense on a shopping trip in Hollywood this week as speculation around their relationship continues to grow.

The couple are believed to be back together, but have refused to label their situation.

They shared their first public embrace in three years at the MTV Video Music Awards in 2012 and have since gone on to get closer and closer following Chris' split from former girlfriend Karreuche Tran.

The Bajan star wore a figure hugging yellow dress as she headed out shopping with the R&B star in Hollywood.

The 'Turn Up The Music' star opted for a more relaxed outfit, sporting grey jogging bottoms and a grey hoodie.

Check out a picture of Chris and Rihanna in Hollywood below: (Picture: Splash) 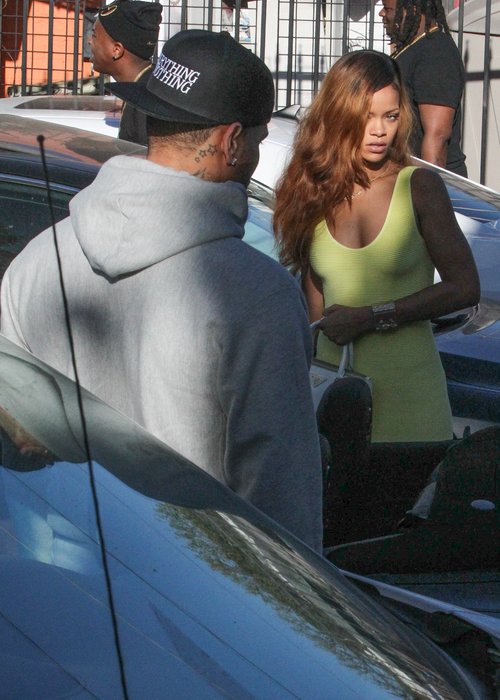 The new pictures come from the same day that the female star posted a snap of the pair looking intimate on her Instagram page – seemingly defying recent claims they had split.

Chris has also been speaking openly about his relationship as well as his past during interviews recently.

The 'Don't Judge Me' singer also said he would have no problem Rihanna cheating on him if it was with a girl. 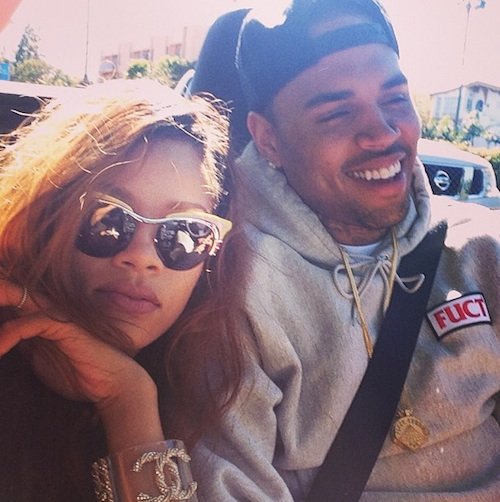 Meanwhile, Rihanna is currently on the road on her 'Diamonds' world tour and Chris recently released his new single 'Fine China'.