Rihanna Enjoys Day Out In London With Little Brother Rajad

The 'Umbrella' singer was seen rocking a pair of dungarees and a white beanie as she walked hand in hand with her sibling.

Rihanna was pictured leaving her London hotel yesterday with younger brother Rajad as she headed up North on her current 'Diamonds' world tour.

The 'You Da One' star has been in the capital to perform at Twickenham Stadium on on her latest jaunt and has been seen out partying with the likes of supermodel Cara Delevingne during her stay.

She was all smiles as she left her hotel with the 17 year-old, walking hand in hand and wearing a pair of dungarees – complete with a fashionable white beanie hat.

The pair were greeted by a huge number of fans outside the Park Lane Hotel and escorted by a large security team. 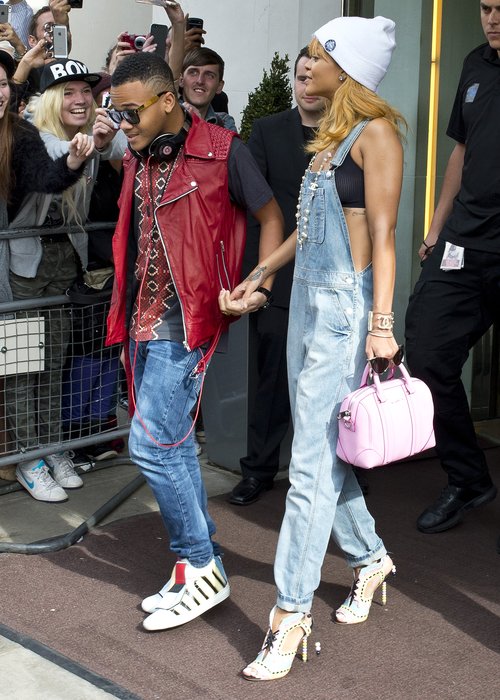 Her gig in Birmingham last night also came under fire after the singer apparently arrived on stage two hours late.

She is also set to appear in new movie This Is The End this month and was recently praised for her behavior on set by the cast of the movie.