The 'We Found Love' singer was seen spending some time with her family following her recent break-up.

Rihanna was seen spending time with her younger brother Rajad this week and tweets that she enjoyed the "best day ever" following her recent split from Chris Brown.

The 'Talk That Talk' singer posted a shot of herself with her 15 year-old sibling on Instagram and was later seen out shopping in Broadway together.

The star was seen picking up an $90 gaming mouse from a Best Buy store in the area.

Rihanna's relationship with Chris Brown had continued to hit the headlines since their reconciliation at the end of 2012, but the pair announced they were no longer together over the weekend.

Check out a picture of Rihanna with her brother below: (Picture: Instagram) 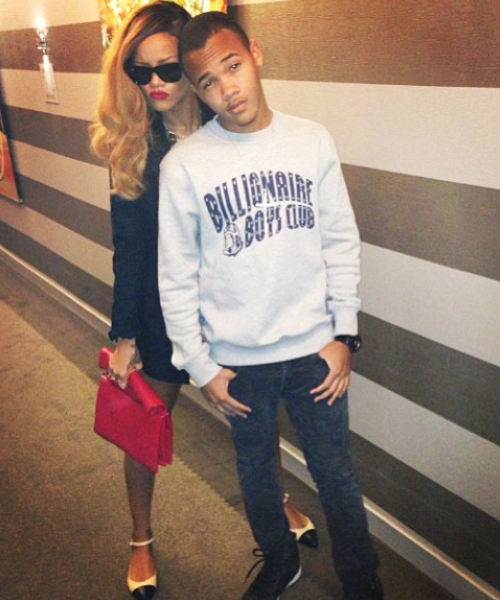 The 'Turn Up The Music' singer said in an interview he felt too young to settle down and be in a serious relationship with the female singer later tweeting "love aint for kids" – seemingly in response.

It has also been claimed that Rihanna has been confiding in close friend Katy Perry since the break-up.