The 'We Found Love' singer upset some fans during one of her latest shows in Australia this month.

Rihanna was greeted by boos during her 'Diamonds' world tour show in Australia after arriving over an hour late.

According to local publication the Adelaide Advertiser, the 'Stay' singer had been due to arrive at 9pm but failed to hit the stage until a further 80 minutes.

The gig was taking place at the Adelaide Entertainment Centre and the Bajan star failed to offer an apology but said she was glad to be back in the country.

"I'm finally here," she said. "It takes me forever to get back to Australia every time.”

The gig followed her show in Perth, which also saw her arrive 40 minutes late. 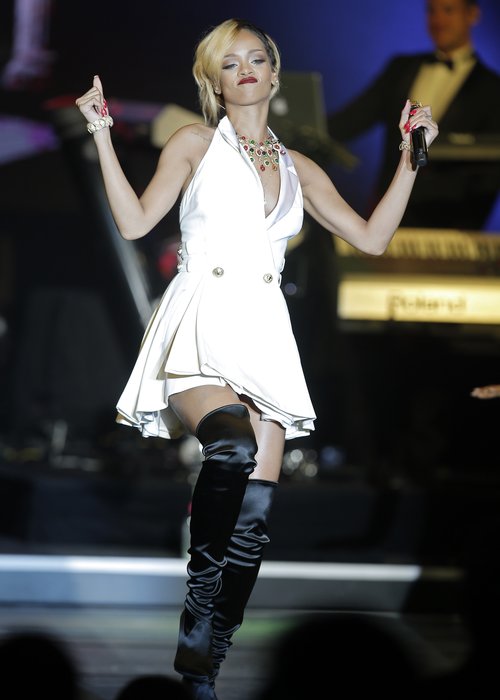 Rihanna has also arrived on stage late numerous times during her European and North American shows on the same outing.

Meanwhile, Rihanna has been seen on set of her new music video for 'Pour It Up' this week sporting a short blonde wig.