Bond Girl RiRi? Rihanna Is Rumoured For A Role In New Movie Bond 24! 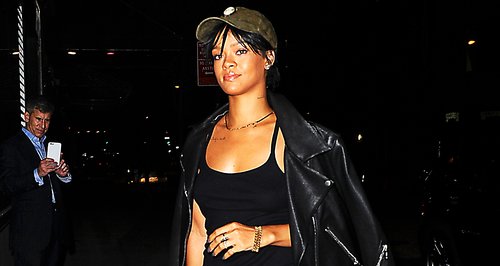 She’s definitely got the body for it, but could we be seeing Rihanna take to the big screen once again for a role in Bond 24?

She’s no stranger to the big screen – remember her role in Battleship? – but could RiRi’s next movie encounter be as a Bond Girl?!

The controversial singer has reportedly been approached by producers to star alongside Daniel Craig in the upcoming film, as reported by the Mirror.

While it is not clear what her role in the movie would be, we reckon RiRi would be just as good at being a sexy Bond girl as a sassy villain!

Sam Smith was also hotly tipped to be working on the soundtrack to the movie, something the singer has since denied. But how AMAZING would that be?!

Bond 24 will be the follow up to Skyfall and is penned for release in November 2015, with filming expected to start on 6th December this year.