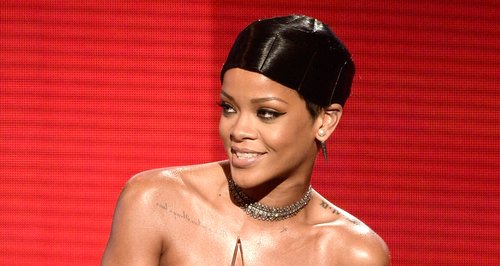 The Bajan star hits the top of the charts once again with her Eminem team-up 'The Monster'.

Rihanna has broken Katy Perry's record on the Billboard Pop Songs chart after scoring her 11th number one single.

The 'We Found Love' singer's latest release – the Eminem collaboration 'The Monster – hit the top spot this week, giving her the new record.

"Thank you!! To God be the Glory #histoRIH," she tweeted to her fans upon hearing the news. "And y'all were born to do it with me!!!"

Meanwhile, Pitbull recently revealed that he had originally wanted to recruit Rihanna for his latest single 'Timber'.

Pitbull also divulged information on an apparent collaboration between RiRi and Shakira.