This image appears in the gallery:
Zayn Malik & Gigi Hadid: Dating Timeline, Baby News And On & Off Relationship 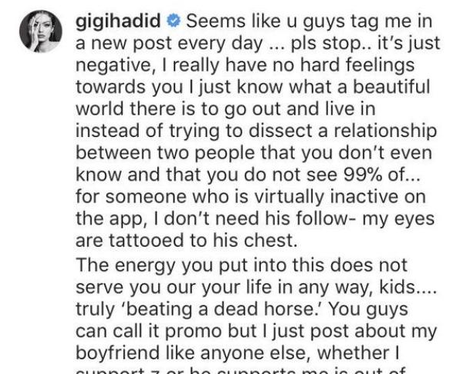 19. Gigi Hadid calls Zayn her boyfriend & says her eyes are tattooed to his chest

The supermodel claps back at a fan account claiming her relationship with Zayn is 'fake' as he doesn't follow her on IG, saying 'I don't need his follow, my eyes are tattooed to his chest' and referring to him as her boyfriend.Instagram