Uh Oh! One Direction Are Planning Zayn Malik’s Stag Do In Las Vegas! 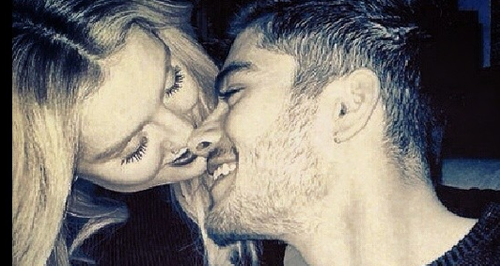 It could be The Hangover part 4 as the One Direction lads are planning to take Zayn to Sin City for his stag do!

Five of the hottest boy band stars in the world on a stag do together? It’s the stuff dreams are made of, right? And it sounds like it’s going to be a VERY wild one for One Direction’s Zayn Malik…

Yep, the 1D boys are planning to take Zayn to Las Vegas on his stag do when he and Perrie Edwards from Little Mix eventually tie the knot!

Niall Horan revealed the plan to Zayn in an interview with OK! Magazine saying, “You know where we’re taking you, don’t you Zayn… Vegas!”, to which Zayn replied “Oh no!”.

While he may be terrified of what the boys have in store for him, Zayn also denied that he would be having the Disney-themed wedding his fiancée wants.

And given that he is pals with some of the biggest names in the music business, who does Zayn want to sing at their wedding?

Zayn revealed, “I probably won't be singing. I'd love to have an amazing rock star there. Like Steven Tyler - that would be sick!”

So there won’t be a One Direction and Little Mix wedding collaboration then?! Sadface!