The 'Kiss You' stars called last night's gig in the Italian city their "favourite" ever.

One Direction performed what they described as their "favourite ever" show in Italy last night (19th May).

The group headlined a show at the outdoor Verona Arena on their 'Take Me Home' world tour.

Zayn Malik and girlfriend Perrie Edwards were pictured walking hand in hand around the city before the show.

Thousands of screaming fans descended upon the venue earlier in the day as well, eager to get a glimpse of their heroes.

Check out a picture of Zayn with Little Mix star Perrie below: (Picture: Splash) 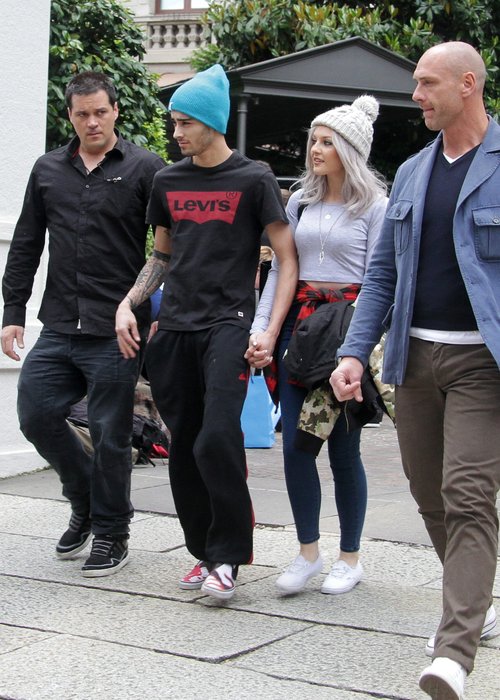 Harry Styles posted a Vine of the reaction to when he appeared at the top of the venue.

He also tweeted: "Easily one of my favourite shows ever. Incredible venue, thank you so much for having us. You were incredible, I Love Verona. Ciao .x"

Check out Harry Styles' post on Vine before the gig below:

Niall Horan added: "Holy s***! That was incredible ! Like cant even describe that feeling! Amphitheatre was unbelievable! Verona thank you xx"

Meanwhile, the band have also announced details of their first ever stadium tour for 2014.