One Direction Writing Song For New Album With The 1975 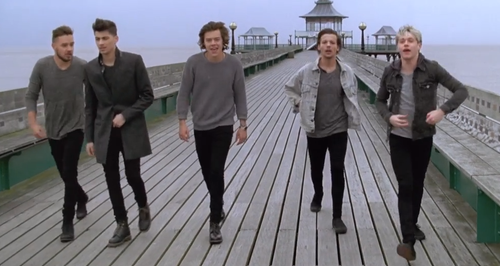 The group are writing a track for their next album with the rock band's frontman Matthew Healy.

One Direction are writing a song for their next album with The 1975.

The rock band's frontman Matthew Healy is reportedly penning a track with the group for their fourth studio LP, according to Healy's mother Denise Welch.

Welch explained that she relates to Styles's mum because their sons are often away from home, adding: "She said that Harry left home for an audition at 16 and never came home. That's how it is - four days at Christmas and that was it."

One Direction are also reported to have worked with Pharrell Williams, Irish band Kodaline and Good Charlotte on their follow-up to last year's 'Midnight Memories', which was the biggest-selling album of 2013.

Meanwhile, the group recently kicked off their 'Where We Are' world tour in Colombia this week.

>One Direction Vow Not To Split Up: "We're Here For As Long As The Fans Want Us"