One Direction Announce London Signing For New Book Where We Are 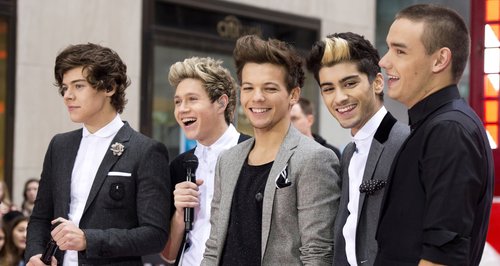 The boys will be signing copies of their new book in the capital next week.

One Direction have announced details of a new book signing next week.

The 'Live While We're Young' stars will be signing copies of their Where We Are book in the Capital on Monday 18th November at a secret location.

The group offered fans the chance to get tickets for the event, which is in partnership with WH Smith.

One Direction will also be heading out on a new stadium tour of the same name in 2014 having recently concluded their 'Take Me Home' dates.

Meanwhile, the boys are also preparing for the release of their new album 'Midnight Memories' on 25th November.