Y’all Can Relax! Zayn Malik And Perrie Edwards Are NOT Already Married! 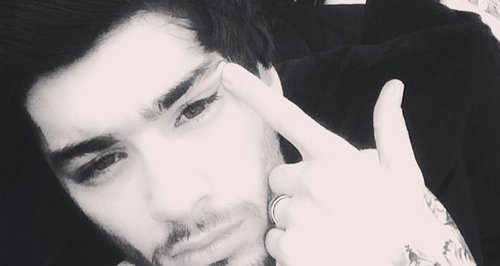 The One Direction star sparked rumours by posting a snap of a ring on his wedding finger.

You can all breathe a sigh of relief! Zayn Malik hasn’t gone and got hitched to Perrie Edwards and not told you about it!

The One Direction bad boy made his Instagram public this week, and the rumours started when he posted a snap with what appeared to be a wedding ring on his left hand.

A spokesperson has denied that Zayn secretly got hitched to his Little Mix lovely, telling the MailOnline, “Perrie and Zayn are not married. The picture shows his engagement ring.”

Perrie and Zayn, aka Zerrie, have been together since 2011 and confirmed their enagagement in August of last year.

Perrie has previously said of the engagement, “We're young, but I think when you know, you know. We've been together for a while now, so it is nice.”

If Perrie’s £50,000 funfair-themed party for her 21st birthday last week was anything to go by, when the pair do eventually tie the knot it is going to be one HECK of a do!