The 'Little Things' stars have been teasing their fans on Twitter with details of the jaunt, which starts in London.

One Direction kick off their hugely anticipated new world tour in London tonight (23rd February) and have been taking to Twitter to reveal their excitement and tease fans with details.

The 'What Makes You Beautiful' stars will perform the first of two nights inside the O2 Arena this evening and Niall Horan admitted he can't wait for everyone to get a look at the show.

"just did the last run of the show ! one more sleep ! take me home tour is kickin off tomorrow! cant wait for you guys to see it! Excited," he wrote, adding: "LONDON ARE YOU READYYYYYYYYYY? im literally so excited.. this show is for you ,the best fans in the world.. love you so much you sexy humans."

LONDON ARE YOU READYYYYYYYYYY? im literally so excited.. this show is for you ,the best fans in the world.. love you so much you sexy humans

The band recently took to the stage inside London's O2 Arena for the BRIT Awards 2013 – where they performed new charity single 'One Way Or Another (Teenage Kicks)'. 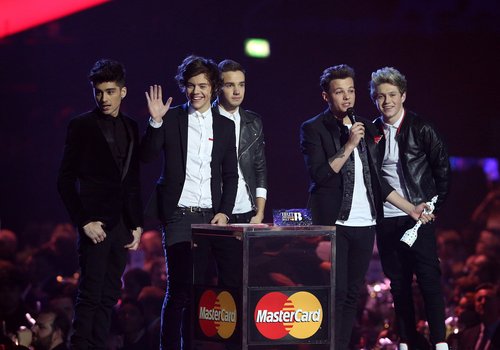 The track will also be aiming to make it two weeks in a row at the top of the Vodafone Big Top 40 – but faces stiff competition from fellow BRITs performer Justin Timberlake with 'Mirrors'.

One Direction's 'Take Me Home' world tour will finish on 3rd November in Japan.