The music mogul was in attendance for the world premiere in London's Leicester Square yesterday evening.

Simon Cowell has confessed that he feels like a father watching One Direction at their This Is Us world premiere.

The X Factor boss was the mastermind behind putting the five boys together during the music reality show.

Speaking at London's Leicester Square, he confessed it was overwhelming to watch the journey the boys have been on.

Simon also admitted he couldn't see the success of the group ever being topped.

"This was worth breaking up my holiday for. I can't see this ever being beaten or repeated," he said. "I've never been involved with any band as big as this."

Check out a picture of Harry Styles and Simon Cowell at the after party for the movie below: 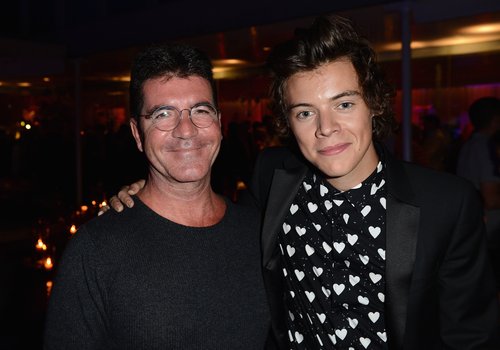 6,000 fans and celebrities such as Amir Khan, Conor Maynard and JLS were also in attendance for the event last night (20th August).

One Direction's This Is Us will hit cinema screens from 29th August 2013.