One Direction star Niall Horan is being linked to The X Factor singer Tamera Foster.

The boyband were musical guests on this weekend's results show and apparently hit it off during rehearsals for the pre-recorded performance.

"Yes, Niall and I have been talking in private," she told the Daily Mirror. "He's the most famous person in my phone after Nicole Scherzinger. I hope he fancies me – he's cool."

The publication also claims their was a mutual attraction between the pair and friends of the stars are already talking about their "instant chemistry".

Check out a picture of the pair together this past week below: (Picture: Rex) 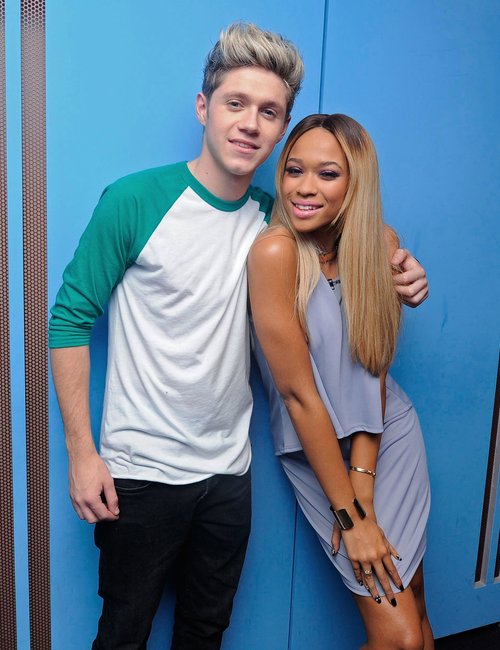 "He asked for my number and we’ve been talking."

One Direction were also seen performing at this past weekend's American Music Awards 2013 where they scooped two prizes on the night.