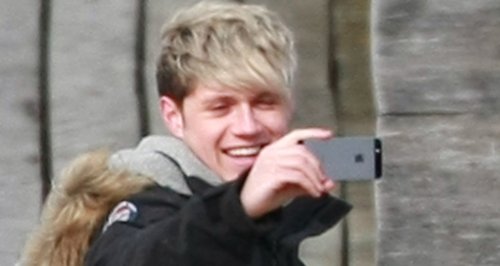 The 'Story Of My Life' star and his bandmates have been pictured on the set of a confirmed new video.

One Direction star Niall Horan has confirmed the band have been filming a brand new music video out in Somerset.

The 'Midnight Memories' stars were pictured on the set of an unknown shoot yesterday, and band member Niall has now confirmed that fans that it is for their next video.

"Thank you everyone on the crew for today's video shoot!" Niall tweeted last night (24th March). "It was cold. Very much appreciate your time and effort!"

Thank you everyone on the crew for today's video shoot! It was very cold.very much appreciate your time and effort! @benwinston @Fulwell73

One Direction have yet to announce which track the video was for, though it will serve as their fourth single release from 2013 album 'Midnight Memories'.

Fresh pictures of the group on the video set have also emerged today, following news that McBusted will support the band on their 'Where We Are' stadium tour this summer.