The 'Little Things' singer was glued to the action during the final round of the golf tournament at Augusta.

One Direction singer Niall Horan was among the first to take to Twitter to congratulate Australian Adam Scott on winning The Masters 2013.

The 'What Makes You Beautiful' singer is a keen sports fan and was glued to his TV to watch all the golfing action from the Augusta National in Georgia.

He tweeted: "Watchin the masters in the room! It's exciting this year !gonna be up all night watchin it !"

Scott was forced to enter a playoff with Argentine Angel Cabrera, eventually winning on the second playoff hole after sinking a birdie putt.

"Yeaaahhhh Adam Scott ya legend! Doin it for the Aussies! It's a sad time when ur own ur own shouting at the TV! Isn't it?" added Niall at the climax of the tournament. 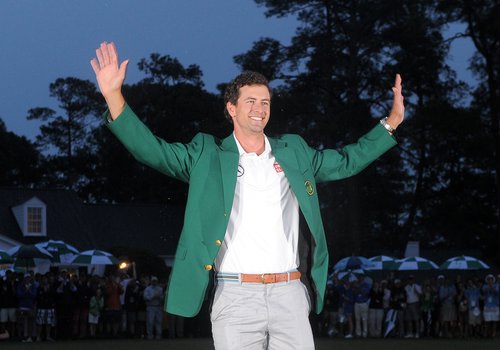 The singer was also feeling nostalgic as he noticed some Irish fans in the crowd.

He wrote: "hahahaha looked in the crowd at the masters..just after the playoff kicked off..two lads standing with kerry jerseys on hahahahha."

Yeaaahhhh Adam Scott ya legend! Doin it for the Aussies! It's a sad time when ur own ur own shouting at the TV! Isn't it?

Meanwhile, the singer was also vocal on his Twitter account to thank the band's fans in Sheffield after their 'Take Me Home' tour rolled into the Yorkshire town.

Niall had also been linked with Coronation Street actress Brooke Vincent this past week with reports the pair had been flirting.