The TV presenter says she and the boyband star are simply just friends but praised how fans took to her.

MTV Presenter Laura Whitmore has denied that she is dating One Direction singer Niall Horan.

The 'Live While We're Young' singer has been rumoured to be dating the fellow Irish star in recent weeks after the pair were pictured out together on a variety of nights.

Laura told the Daily Star that the two are "just friends" but was pleased to see the positive reaction from fans of the band.

"They were actually really supportive, saying things like: 'You guys would make a cute couple'," she told the publication. "But we're just friends."

Niall has also previously been linked to the likes of Demi Lovato in the past. 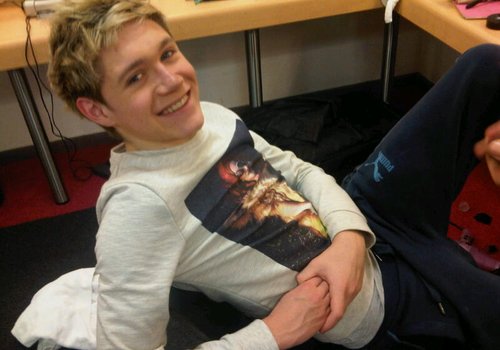 Meanwhile, One Direction are currently on the road with their 'Take Me Home' world tour – which heads to Amsterdam this evening.

The band have instructed fans to wear just orange clothes for the gig, teasing a possible inclusion in their upcoming 3D concert movie.