The Irish star gives the 'I Kissed A Girl' singer a peck on the cheek backstage earlier today.

One Direction met up with Katy Perry today (1st November) as the artists hung out backstage in Tokyo.

Niall Horan gave the female star a big kiss on the cheek as they all posed for a picture together.

The Irish hunk put his arm around the 'Hot N Cold' star as she holds his cheek and smiles.

Niall recently spoke to Capital about his crush on the singer and said he'd love to have her sing on a track with the band.

Check out the picture of Katy Perry with One Direction below: (Picture: Instagram) 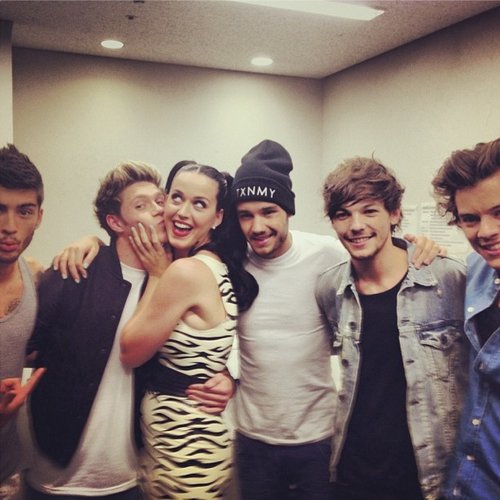 Katy was on the judging panel that put Niall through during auditions for The X Factor.

They also shared a quick smooch at the MTV VMAs 2012 when she presented them with an award on the night.

The boys will be supported by fellow Brit pop star Olly Murs for the outing.