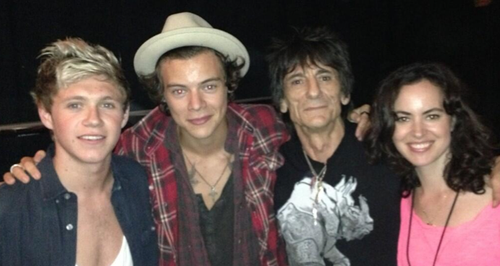 The 'What Makes You Beautiful' stars were in attendance for the gig in Washington DC and got to meet the stars after the show.

Ronnie also posted a shot together and said it was great to see the boys.

"Great to see you tonight @NiallOfficial & @Harry_Styles ~ glad you enjoyed the show! :)," he wrote.

One Direction are currently on the road in the US and have also been teasing details of their upcoming 3D movie This Is Us.

Louis recently hit out at claims any of the film is scripted and the band talked about the thrill of working with director Morgan Spurlock.