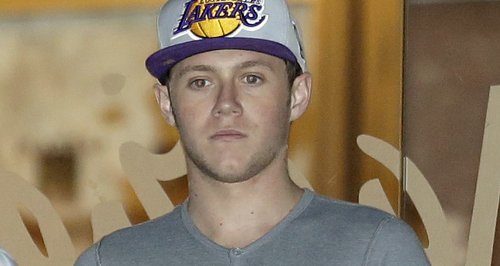 The 'You & I' singer also posted snaps of him hanging out with footballers Messi and Neymar.

One Direction star Niall Horan kept a low profile this week when he was spotted getting to watch the Champions League game between Chelsea and Atletico Madrid.

The 'Midnight Memories' star was pictured in the audience for the game on Tuesday (22nd April), were the two teams drew 0-0.

Niall was spotted dressed casual for the day out with friends in a grey t-shirt, skinny jeans and baseball cap.

Earlier in the week the One Direction star also got to meet famous Barcelona players Lionel Messi and Neymar, and tweeted his appreciation alongside several pictures of him posing with his idols.

> One Direction's Year In Pictures.