The group will release their latest track from 'Midnight Memories' and at the end of the month.

One Direction have unveiled the official artwork for their new single 'Story Of My Life'.

The song is the latest to be lifted from their third studio album 'Midnight Memories' and follows on from 'Best Song Ever'.

The single will be released on 28th October, as was announced on Twitter yesterday.

The boys are currently on the road with their 'Take Me Home' world tour and will appear for their biggest dates yet in 2014 as they head out on a stadium tour.

Check out the official artwork for One Direction's new single 'Story Of My Life' below: 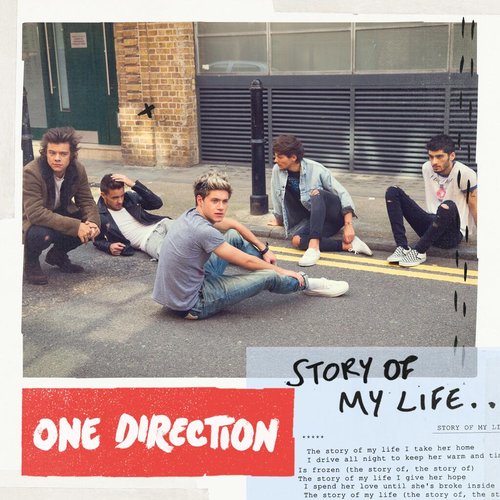 They will perform at venues such as Wembley Stadium, the Stadium Of Light in Sunderland and Manchester's Etihad Stadium.