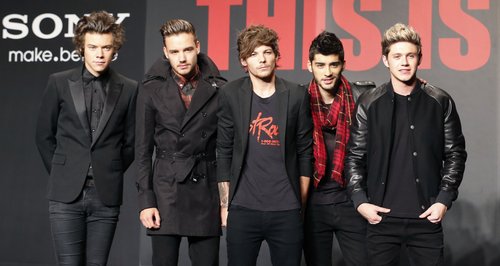 The song has already reached the top of the charts in several countries across the globe.

One Direction released a brand new song called 'Diana' yesterday (18th November) and have already shot to number one on the iTunes UK chart.

The 'Best Song Ever' five-piece confirmed earlier this year that they would release three new tracks in the week leading up to the release of their new album 'Midnight Memories', and new track 'Diana' serves as the first of these previews.

Harry Styles, Liam Payne, Louis Tomlinson, Zayn Malik and Niall Horan made the song available to download yesterday, while fans who pre-order the band's third studio album will get the track for free.

"Can't wait for you guys to get your hands on 'Diana' today," Niall tweeted soon after the release. "This is one of our favourite songs on MM! Enjoy!"

Yesterday also saw the 'Story Of My Life' band hold a fan signing event in London to celebrate the publication of their brand new book Where We Are, just weeks after bringing their 'Take Me Home' world tour to a close.