The track is believed to be taken from the group's forthcoming new album 'Midnight Memories'.

A new One Direction song called 'Diana' has leaked online.

The 'What Makes You Beautiful' stars are preparing for the release of their new album 'Midnight Memories' in November – and the track is expected to feature on the final record.

A low quality recording of the track was posted online and was quickly passed between fans on Twitter this weekend.

Lyrics in the track include: "Diana, let me be the one to light a fire inside those eyes, you look lonely, you don't even know me, but I can feel you crying."

Check out a picture of Harry Styles grabbing a quick take-away this week below: (Picture: Flynet) 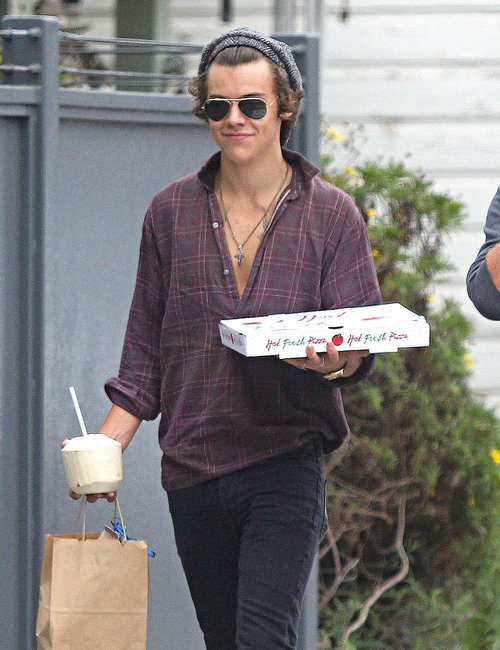 One Direction are currently out in Australia on their 'Take Me Home' world tour.

The group's new album 'Midnight Memories' will be released on 25th November and also features previous single 'Best Single Ever'.