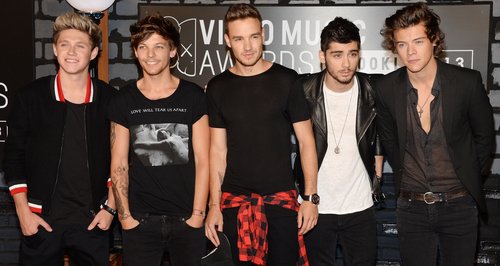 The 'Best Song Ever' five-piece return with their third studio outing on 25th November.

One Direction have announced the title of their new album as 'Midnight Memories' for a release this November.

The 'Live While We're Young' five-piece have confirmed the official release date for the record, their third album since rising to fame on The X Factor UK back in 2010.

The album will feature One Direction's recent chart hit 'Best Song Ever', and was announced through an Instagram video earlier today (6th September).

One Direction have had a busy past few weeks after launching their 3D concert movie This Is Us across the world, as well as preparing for the Australian leg of their 'Take Me Home' world tour later this month.

One Direction release their new album 'Midnight Memories' on 25th November while pre-orders start from this Monday (9th September).

Watch One Direction revealing the title of their brand new album in the video below: