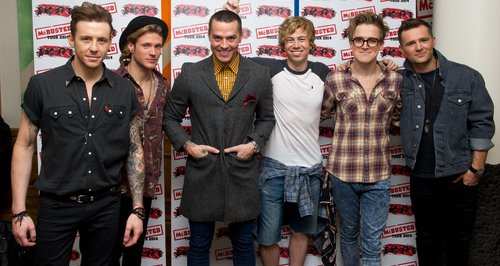 Niall Horan and Tom Fletcher share the love on Twitter as tickets for the group's shows go on sale.

One Direction star Niall Horan has said he would be up for making a "super-duper-group" with McBusted.

The 'Little Things' star was full of praise for the new super-group (consisting of McFly and Matt Willis and James Bourne from Busted) as tickets for their shows went on sale this morning (15th November).

The Irish singer replied: "lets do it," sending fans wild on their social networking accounts.

McBusted added an additional six shows to their arena tour as tickets were snapped up in minutes for the first dates.

Meanwhile, One Direction will be heading out on their own headline stadium tour in 2014.