The 'Little Things' stars will also be filming the show for their upcoming 3D concert movie.

One Direction have confirmed plans to add a tenth night at London's O2 Arena on their 'Take Me Home' world tour.

The gig, alongside the previously announced dates on 4th and 5th, will also be filmed for the band's forthcoming 3D concert movie.

The group kicked off their new arena tour last month with two shows at the London venue and return to the same spot on 1st April after dates around the country.

The 'Little Things' star's will perform a further two nights at Dublin's O2 Arena tonight and tomorrow before heading to the likes of Liverpool and Sheffield.

Tickets for One Direction's new date will go on sale on Saturday 16th March at 9am. 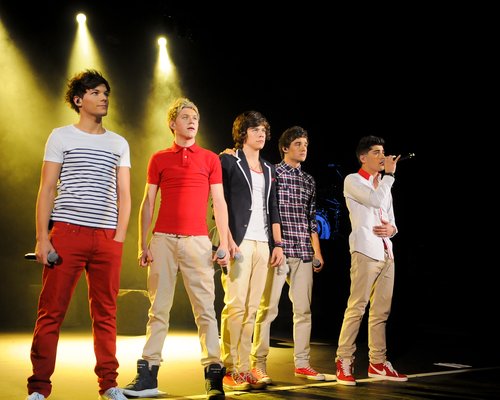 Meanwhile, the band are set to be immortalized in wax next month as part of a new touring exhibit with Madame Tussauds.

The five-piece admitted it was "overwhelming" to have been selected for the honour as they noted the wealth of celebrities who have already had the same treatment.