The 'Little Things' singer speaks about their love lives during a new One Direction GQ photoshoot.

One Direction star Liam Payne has confirmed that he is not single anymore.

The 'What Makes You Beautiful' singer split from ex-girlfriend Danielle Peazer earlier this year and was recently said to be struggling with the break-up.

Talking to the new edition of GQ Magazine, both Liam and Niall spoke about their love lives on the road with the band.

"Groupies? We don't have time to party! I'm not even single," he said. "This sort of talk will get me in trouble."

Irish star Niall added: "We go back on the road straight after a show and we're gone. I wish we did have time for girls and parties but we don't."

Check out Liam's cover of the new GQ magazine below: (Picture: Platon/ GQ) 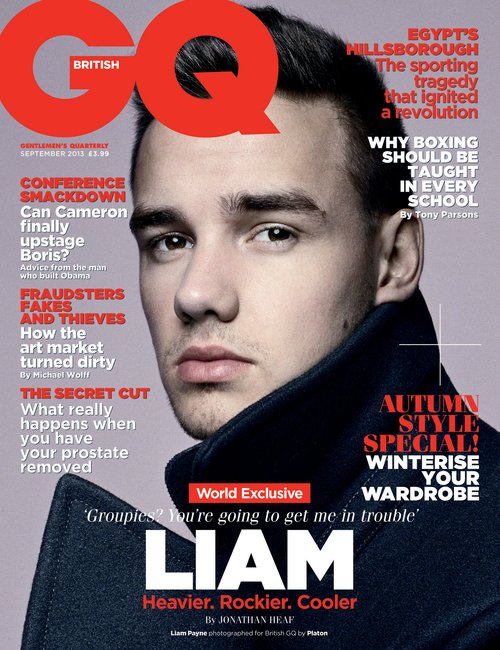 He also revealed that he has a soft spot for 'Starry Eyed' singer Ellie Goulding.

One Direction are currently promoting new single 'Best Song Ever' and today (30th July) released a behind the scenes look at the making of the music video.