Liam Payne Has Been In The Studio With Juicy J – Is A One Direction Collab On The Way? 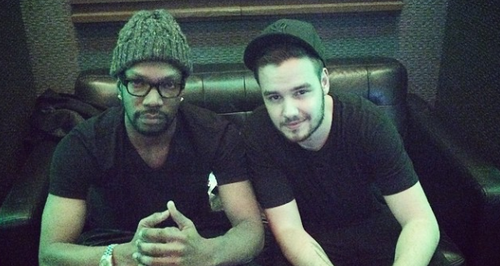 The 1D boys have already started working on their fifth album, and it looks like there may be a collaboration with Juicy J in the works too.

Trap star Juicy J isn’t the artist most people would associate with a One Direction collaboration, but he’s been putting in some late night writing sessions with Liam Payne!

Juicy J, who featured on Katy Perry’s huge tune ‘Dark Horse’, posted a photo of him and Liam in the studio with the caption “We working” at the same time as Liam tweeted “Late night sessions”.

It’s not the first time the One Direction boys have hit the studio separately to work on new music with other writers – the boys have previously enlisted the talents of the likes of Naughty Boy, McBusted and Ed Sheeran among others.

1D have only recently released their fourth studio album, ‘Four’, to great success and they are embarking on their ‘On The Road Again World Tour’ so the band have certainly got their work cut out in the coming months!