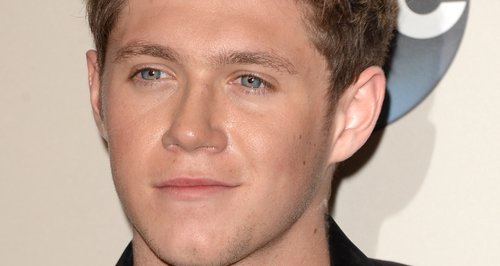 The likes of Pixie Lott and The Saturdays have also been celebrating the romantic holiday.

One Direction star Niall Horan and US superstar Jason Derulo have led the Valentine's Day messages to all of their fans on Twitter today (14th February).

The likes of Frankie and Rochelle from The Saturdays and 'Mama Do' singer Pixie Lott also sent their best wishes this morning to mark the romantic occasion.

The Saturdays' Rochelle Wiseman shared a snap of her and Capital's Marvin Humes' daughter Alaia-Mai enjoying the Valentine's Day celebrations.

Jason Derulo has also been tweeting out the love this week to his 'Derulers' out there:

Happy Valentine’s Day Yall! I have #StupidLove for all my Derulers! Only thing louder than those #Trumpets is all y’all #TalkinDirty! <3

The Saturdays star Frankie Sandford has been in a similarly romantic mood, and even shared an adorable Valentine's Day card she had received from baby Parker, or perhaps more likely her fiance Wayne Bridge.

From the best little P! happy valentines day everyone! His feets have got so big and he seems to… http://t.co/9tOojQT9ra

Pixie Lott made sure to tweet out some love to all of her followers earlier today, with her new single 'Nasty' set to launch in the next couple of weeks.