Ouch! One Direction’s Niall and Harry Both Get Hit By Things Thrown On Stage By Fans 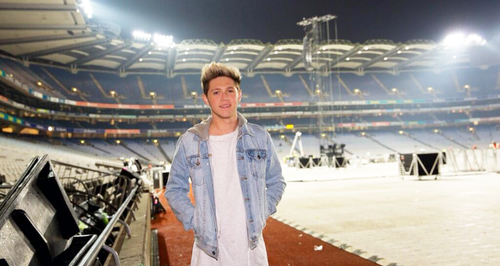 Being a pop star isn’t all about fast cars and private jets and having women falling at your feet. Oh no, being one of the five most sought-after men on earth is a risky business, as Harry Styles and Niall Horan recently found out…

Poor old Niall – who is still recovering from surgery to his knee – was injured by something thrown on stage by a fan at their Where We Are tour on the same night Harry was hit in the face by another flying object. Ouchies.

Niall was seen hobbling mid-way through the gig in Amsterdam (which kind of breaks our heart a little bit) after he suffered some Amsterdam-age to his leg (sorry) when an overzealous fan lobbed something at him and accidentally hit his dodgy knee.

Niall had to have major surgery on said dodgy knee earlier this year to fix a problem which meant his knee would regularly dislocate. Niall tweeted after the show, “Never wanna sound like I'm complaining! But only having my operation 5 months ago, I still get a bit of pain and I'm very scared about it.”

Harry, who was hit in his beautiful, beautiful face seemed to take the incident in his stride as he tweeted after the same show, “Thank you for having us Amsterdam. You're always amazing. See you again soon I hope.”