The 'Little Things' star is said to have been "freaked out" by the on stage incident in Glasgow last week.

One Direction singer Harry Styles is apparently seeking to recruit military-style security for the band's 2013 US tour this summer.

The 'What Makes You Beautiful' singer was hit with a shoe on stage in Glasgow last week, and the incident has reportedly forced him to take extra precautions when the group head across the pond.

"Harry is not joking, he's taking the situation very seriously," a source told the Daily Star. "He's mentioned high-security cars like the ones used by military top brass, plus a convoy."

It's also claimed the boy band star is feeling under threat from fans of his former girlfriend Taylor Swift.

"He also feels there are Taylor Swift followers out there who may hold a grudge against him following their break-up," the insider added.

The shoe attack on the band's current UK tour saw the singer fall to the floor and laugh off the incident with a series of comical stretches. 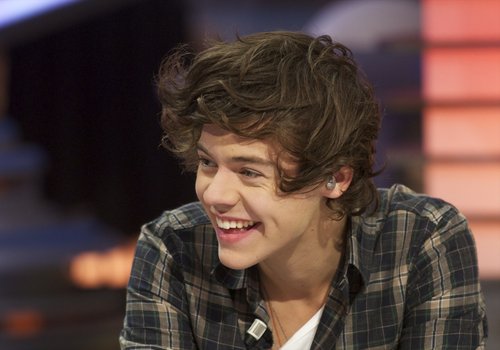 The source continued: "He may have looked casual and jokey lying on the floor but behind the scenes he was freaked out."

One Direction will head to the US in June for the North American leg of their 'Take Me Home' world tour.

Meanwhile, bandmate Liam Payne has responded to claims that he is set to quit the group calling the reports false and said the band are his "best mates".