The 'One Thing' singer says he's not worried about seeing his former girlfriend at the BRIT Awards this week.

Harry Styles has broken the silence on his relationship break-up from Taylor Swift and revealed he's not concerned about running into the singer at the BRIT Awards 2013 this week.

The couple split at the start of the year following a New Year's bust-up during their Caribbean holiday.

Neither star has yet to speak in an interview about the reason for the split, although the 'What Makes Yout Beautiful' singer has told Grazia he considers the US star to be a "sweet girl".

"I'm not worried about seeing her at all," he said. "She's a sweet girl, you know, I don't have a bad word to say about her."

The singer also revealed how excited the group are to be performing at the O2 Arena on the night.

"I can't wait for the BRITs, we're going to be performing our Comic Relief single, so it's amazing to have such a big platform for that," he added. 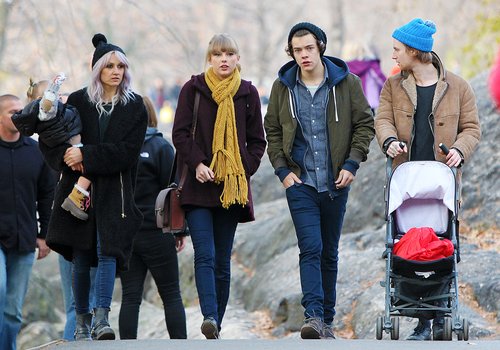 As well as One Direction and Taylor, Justin Timberlake, Emeli Sande and Robbie Williams will also be performing.