The 'Little Things' singer was believed to have been going it alone and teamed up with Ed Sheeran for some ideas.

One Direction star Harry Styles is not pursuing a solo career – despite reports at the end of last month that he was looking at taking a step away from the group.

The Daily Mirror claimed that the teen had been teaming up with close friend Ed Sheeran to work on his own material, with a view at releasing a solo album.

A source for the group has since told the Mail Online that such reports are false and in fact the reason Harry has been in the studio is to work on One Direction's third album.

"Harry is not recording solo material," the source confirmed. "All of the band are working on tracks for their third album.

"Harry is putting together some ideas for the record. The boys sometimes work up ideas separately as well as working together, as they did last year. 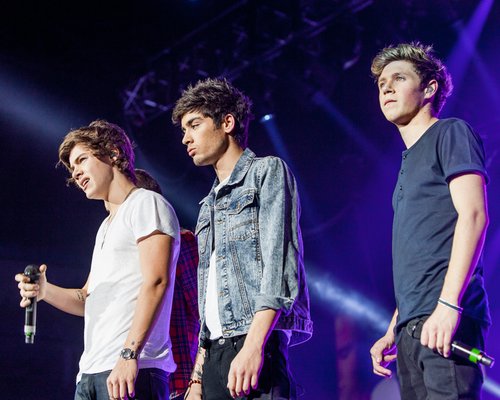 They added: "Niall for example recently collaborated with Tom and Dougie from McFly on new tracks."

Meanwhile, One Directiomn are currently on their sold out UK tour - which will see them perform the first of five nights at London's O2 Arena tonight.

The group are also planning on filming at their shows in the capital as they continue work on their debut 3D concert movie - released this summer.