One Direction's Harry Styles Confirms He Is Single And "Available" 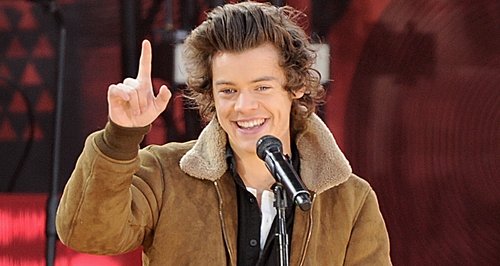 The 'Story Of My Life' star's bandmate Niall Horan also revealed he is not in a relationship at present.

One Direction star Harry Styles has confirmed he is single and "available", less than a week after being linked to rumours of a romance with Keeping Up With The Kardashians star Kendall Jenner.

The 'Best Song Ever' star and bandmate Niall Horan both revealed their single status during an appearance on Good Morning America on Tuesday (26th November) in Central Park.

Check out a picture of One Direction performing live on Good Morning America below (Credit: Getty):

When asked by the show's host which of the band are "available" both Harry and Niall raised their hands to huge cheers from the crowd.

One Direction were appearing on the show to perform songs from their newly released album 'Midnight Memories', as well as announcing that tickets for the North American leg of their 2014 world tour go on sale from 7th December.

One Direction star Harry Styles previously denied claims he is dating Kendall after promising the pair are "just friends".