The One Direction man was seen posing for pictures with the 'R.I.P' singer as he celebrated a friend's birthday.

One Direction star Harry Styles was spotted spending the evening with Rita Ora and a group of friends as he enjoyed a night out in London last night (3rd April).

The 'What Makes You Beautiful' singer was dressed in a long dark jacket and a blue shirt as he posed beside the female star.

Rita's hair was styled out to the max and sporting plenty of volume wearing a trendy fedora hat and a cropped white t-shirt.

The pair hung out at the Groucho Club in the capital to celebrate event planner Paul Rowe's 40th birthday.

After the evening's entertainment, the 'Live While We're Young' man was spotted chatting to a homeless man.

Check out a picture of Harry with the homeless man after his evening out in London below: (Picture: Splash) 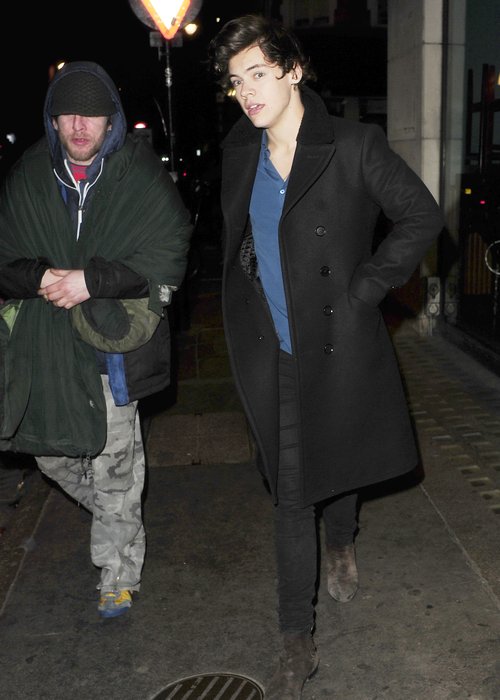 The star exited the venue through a back door and popped into a black cab with paparazzi capturing him heading home.

Meanwhile, the 'One Thing' singer is currently in the middle of the group's 'Take Me Home' world tour. 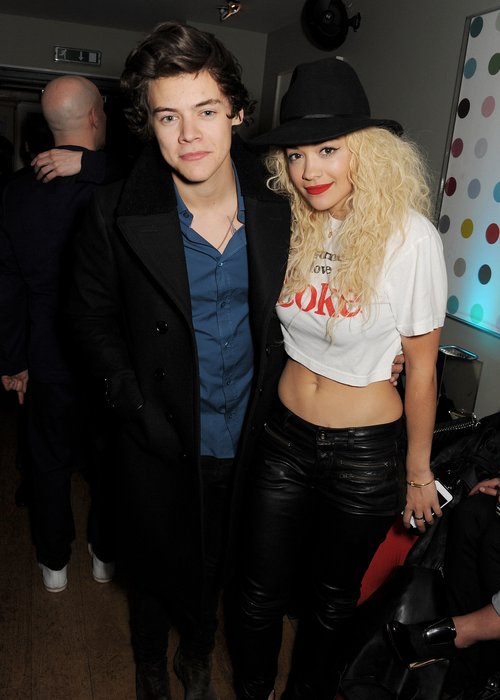 One Direction are also preparing for the summer release of their 3D concert movie.

Director Morgan Spurlock this week took part in a Q&A with fans to divulge more details about the film.